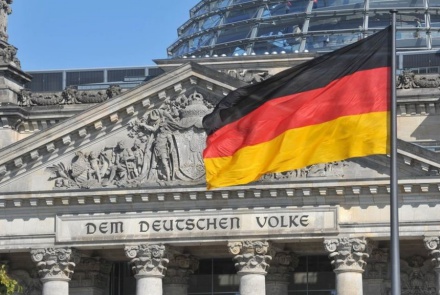 Germany: the eternal Oktoberfest or how to obtain German citizenship by investment.

When it comes to Germany, the first thing that comes to mind is the fact that Bundesrepublik is not only one of the five most influential world economies, and also Germany takes one of the first lines in the ratings of countries on the quality of life. Therefore, interest in Germany by immigrants is not surprising.

In fact, Germany does not seek to distance itself from foreigners and Germany has long been one of the most popular destinations for emigration. Nearly 20 million people living in Germany today were born outside of Germany.

Highly qualified specialists come to Germany mainly through the EU Blue Card program. Three years of study at a higher education institution (not necessarily located in Germany, but only in case of recognition of a diploma in Germany), five years of experience in a specialty, long-term contract with a German employer, plus a salary corresponding to a legally defined level - and the door to the country is open . This is a long thorny path, but giving the desired result.

But now the fate of the EU Blue Card itself in Germany is in question. Opponents of the “blue cards” from large political parties insist on adopting a point system similar to Canada or Austria (point system is used to assess the candidate’s personal capabilities and is based on a point assessment of skills, education and other labor market criteria). The federal state of Baden-Württemberg in southwestern Germany has already been selected as an experimental training ground. So, perhaps, changes to the rules of the game are coming.

Business immigration. Unlike other countries, the concept of an investor visa is not defined in German immigration law, which would establish the conditions for obtaining a residence permit in exchange for a predetermined amount of investment in the economy.

On the other hand, a residence permit for entrepreneurs can be obtained, for example, if a new business is created that is, at least, of regional interest; provides for a significant economic effect; the entrepreneur has the necessary funds for business development, and these funds are not borrowed.

Until July 2012, the first two conditions were supplemented by a “complex” requirement: a minimum (threshold) investment amount of € 250,000 was set and a threshold value for the number of organized jobs was five. But the last rule was abolished to simplify the procedure for obtaining a residence permit (residence permit) for small businesses and startup projects.

But both before and after 2012, the most important point in the program for obtaining a residence permit was and is a positive conclusion from the authorities, who, in essence, expertly determine whether the business is of economic interest, primarily for the region where the investor will reside ( a project is being implemented) or not. Consideration of projects is carried out with the inherent meticulousness of the Germans.

The logical question is: how so? Everything is very simple: 80% of failures are the result of the fact that the project was developed without careful consideration of local characteristics and / or its authors paid increased attention to their own economic benefits, forgetting about the economic interest of the region.

Investor activity should not be limited to creating a company and a new business. With the same success, we can talk about acquiring a ready-made business or a stake in a German company successfully operating in the market. The considered option of immigration is true not only for middle-class entrepreneurs, but is also quite acceptable for representatives of large businesses.

There are certain conditions & rules for investor pension insurance, it is mandatory to have health insurance.

An additional condition may be a life insurance contract, which should provide pension savings of at least € 150,000-200,000 at the time of retirement age (67 years).

Financially independent individuals. Wealthy migrants are far from always ready to go to Germany with the goal of organizing and developing a business. For many, it is much more interesting to purchase residential real estate somewhere in Bavaria, for example, provided that it will be possible to admire the local beauties 365 days a year.

Since real estate alone is not enough to obtain a right of residence, you will have to demonstrate a significant amount in your account (at least € 1 million), as well as take care of health insurance and a life insurance policy. Life insurance should provide savings, as in the case of business immigration.

A few words about housing. Each land establishes its requirements in this part, but there are general ones:

Obviously, housing must be consistent with the status of the applicant. To avoid problems with the registration of the right of residence, it is advisable, before making the final decision on the purchase of housing, to get an answer to the question of whether it is possible to receive residence permit after the purchasing of this property.

In all cases of immigration, the applicant, no doubt, should not have problems with the law.

All of the listed options for moving to Germany apply to the applicant’s family (spouses plus dependent children under the age of 18). But you should pay attention to the fact that children who have received the status of a residence permit must legally attend educational institutions in Germany. If this condition is not met, then the possibility of extending their residence permit is excluded.

The standard time period after which a temporary residence permit in Germany is replaced by a permanent one is 5 years. Exceptions are for EU Blue Card holders and business immigrants. The latter, with successful activity and high financial indicators, are eligible for permanent residence after 3 years.

In order to obtain permanent residence status, in addition to the need to live in the country, the applicant must have a sufficient income level to support the family, real estate that meets the requirements and sizes established by law, a certificate of German language proficiency at level B1.

Why is the desire for permanent residence more than justified? This status (by the way being indefinite) can be lost only if it is conclusively proved that upon its receipt the authorities were misled, or the fact of participation of the permanent residence owner in repeated commission of serious crimes was revealed.

After eight years of continuous residence in the country, the applicant can apply for a German passport (seven years for applicants who have fulfilled the conditions of the integration agreement). But first you have to go through the procedure of passing the exam on knowledge of history and culture in German.

By the way, you will have to renounce native citizenship, since Germany does not recognize dual citizenship. There are exceptions, but they do not apply to the considered group of persons. Therefore, the status of permanent residence as the last stage of integration into German civil society has become widespread.

Language. In Germany, you can live in most regions, especially without deepening your knowledge of the German language. But there is one “but.”

When it comes to extending residence permits locally, officials are often very biased towards owners of residence permits who do not want to improve their German. Especially when it comes to wealthy people from third countries. And if officials get the impression that the applicant intentionally ignores language learning and does not intend to integrate into civil society, they can extend the residence permit for a period substantially less than a year. There is always an explanation for such sanctions.

Taxes. Alas, Germany is not Switzerland, there is no single tax on expenses, tax rates are high, so the “burden on the taxpayer” should be one of the main criteria for assessing the appropriateness of moving to Germany. The tax authorities strictly adhere to the rule that a person who has spent more than six months in the country is a tax resident, that is, is obliged to pay taxes on all global income. On the other hand, living in Germany for less than 183 days a year may result in a problem with the extension of residence permit, which is solved, but not with a systematic violation.

Nevertheless, the tax case should not be considered a knowingly lost one. It just makes sense to remember them before, and not after moving to the country, and have enough time to carry out the appropriate transformations in terms of organizing a business and / or managing capital.

But there is a bonus: a German passport provides visa-free entry to 179 countries of the world.