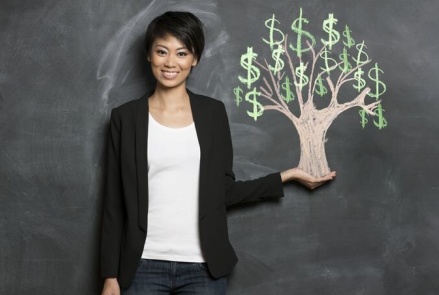 Immigration consultant's notes. Immigration of High Net Wealth Individuals (HNWI): From where and where to?

According to numerous agencies recearches studying the concept of Global Wealth (GW) and related trends, the forecast for world wealth growth in the next 10 years is expected to reach 43%, which will allow GW to reach almost 300 trillion US dollars by 2028.

Traditionally, the top ten countries where the wealthiest citizens live are led by the United States. China, Japan, the United Kingdom and Germany - still dominate this list. However, which of the "newcomers" can take a place among the "leaders" in the next decade?

Here are some of the prospective applicants:

Vietnam is a dynamically developing industrial center of Asia. In recent years, it has become the fastest growing welfare market in the world. GW is expected to grow steadily thanks to the development of local health, manufacturing, and financial services sectors (10-year welfare growth forecast: 200%).

India is an English-speaking country with a large number of entrepreneurs and a friendly attitude to business, a good education system. GW is projected to grow steadily in financial services, IT, business process outsourcing, real estate, healthcare and the media (10-year welfare growth forecast: 180%).

Sri Lanka is a country with high safety indicators, a good educational level, and the English language spoken. The boom in local sectors is expected to be related to modern technology, manufacturing, real estate, healthcare and financial services (10-year welfare growth forecast: 150%).

Mauritius is a country with high security, a business friendly environment, and low tax rates (compared to the rest of Africa). The development of the local financial services sector is expected (10-year welfare growth forecast: 130%).

It is the above states that should become the sources of the emergence of a new generation of financially wealthy individuals (HNWI), which in the future will determine the immigration trends of this category of citizens.

It remains only to answer the question: which countries can become a haven for HNWI in the third decade of the twenty-first century?

Undoubtedly Australia, which has been and remains the leader in the inflow of HNWI, is ahead of its main competitor in the United States. Reasons why HNWI prefer immigration to Australia:

It should be noted that representatives of the immigration authorities of all three countries adhere to the line of constant tightening of requirements for candidates for relocation. The result is a rigorous selection that complies with existing HNWI standards.

It is expected that the United Arab Emirates, a country with a strong economy, developed infrastructure, high living standards and guarantees of social stability, can become the new center of attraction for HNWI.

The emergence of the UAE among the leaders of migration can significantly change the picture of the distribution of wealth in this region.

As far as these forecasts turn out to be consistent, time will tell.